From small town to top 40: The sky is the limit for this millennial 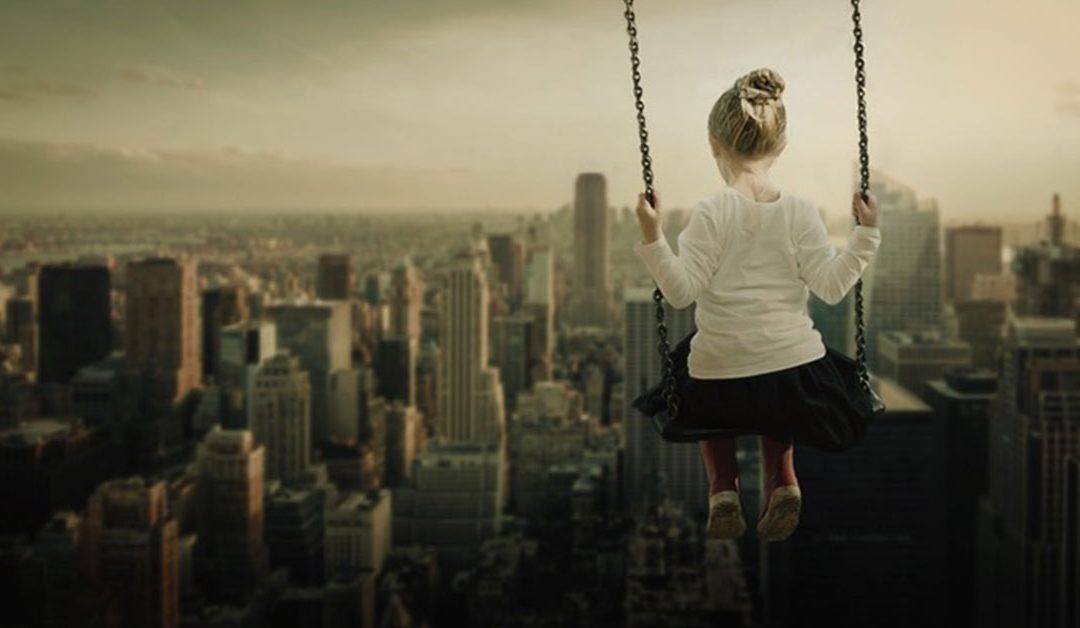 A native of “The Middle of Nowhere”, Kansas, Megan Stewart grew up in a small town an hour outside of Wichita. She graduated from Haven High School and continued her education at Bethel College, where she played for the school’s basketball team. After a few years at Bethel College, she hung up her sneakers, transferred schools, and completed her degree at Wichita State University.

Following graduation, this self-proclaimed “country girl” decided to begin the next chapter of her life where the previous chapter concluded: Wichita. A true World-Class Performer, Megan became comfortable with the uncomfortable. She knew that in order to grow and achieve her goals, she needed to challenge herself to experience life in the “big city.”

“I wanted to do more. Be better. And do it for myself,” she says.

And she is doing just that. Not only is this 30-year-old Marketing and Outreach Manager a standout member of Solutions 21’s Next Leader Now Kansas City cohort, she was recently named to Wichita’s 2017 Top 40 Under 40 class.

Did I mention Megan is a Millennial?

“My drive and independence comes from the way I was raised. Growing up in a small town, I quickly learned the value of hard work. And to dispute the entitlement stereotype that plagues my generation, I was never pampered or spoiled as a child. If anything, the total opposite is true. I had a full-time job as a full-time student.”

She also credits her work ethic to her time on the hardwood. “As an athlete, I learned how to deal with adversity, the value of teamwork, and the importance of perseverance at a young age. I have my coaches to thank for that.”

Today, Megan’s professional development stems from the coaching she receives from her Solutions 21 coach, Ed Varhola, through participating in Solutions 21’s Next Leader Now program, an opportunity presented to her just a few months after joining the team at Kansas Turnpike Authority.

“I had only been with KTA maybe 6 months when my boss approached me about Next Leader Now. She explained the program and told me that she and our CEO were identifying high-potential employees and thought I would be a good fit for the program.”

Her initial thoughts? “I didn’t know what to expect with Next Leader Now and have to admit I was a bit skeptical at the beginning. I had previously completed some developmental programs on my own, but this was the first time a company came to me and told me they wanted to invest in my development.”

Halfway through her time in Next Leader Now, Megan was interviewed by our team at Solutions 21. She reflected on the first 8 months of her experience in the program in her Next Leader Now Spotlight Profile.

Fifteen months after her original start date with Next Leader Now, Megan’s development has transformed her leadership abilities and her peers at Kansas Turnpike Authority are taking notice.

“Next Leader Now has been truly eye opening. Not only has it helped with my communication skills, it has raised my level of self-awareness and understanding of the things that I do and the affects that my actions have.”

You don’t have to take her word for it. CEO of the Kansas Turnpike Authority, Steve Hewitt, stated, “Megan’s work is vital to the success of our projects,” and beyond her marketing efforts, “Megan is an all-around positive force on our team. She takes on any task we ask and usually does it with a contagiously good attitude and smile.” He added, “We are proud of the work Megan is doing!”

And when asked to reflect on her time with Solutions 21 coach, Ed Varhola, Megan states, “Ed has been wonderful. To me, the most important aspect of coaching is honesty, and Ed definitely has it. He doesn’t always say what I want to hear, but he ALWAYS says what I need to hear. He doesn’t just give me the answers, but makes me think in ways that are outside my comfort zone. I appreciate that even though he is 2.5 hours away, he is always available to help me, whether it’s through email, a phone call, or a trip when necessary. Ed has taught me that being a coach, and a leader, is not only about developing skills and abilities, but about being a friend.”

Megan was recently recognized as one of Wichita’s Top 40 Under 40. On the 20th anniversary of the Wichita Business Journal presenting this honor to deserving individuals, Megan was nominated, applied, and selected by a committee to be a recipient of this prestigious award, something that was a career goal of hers to achieve in the next 10 years.

“I have always felt like it was a great recognition,” she states.

Her Solutions 21 coach, Ed Varhola, even played a role in her application process. “Once I found out that I had been nominated, Ed was one of the first people I wanted to tell because I knew he would be very supportive and excited for me. During the initial conversation regarding the award, he let me know that if I needed any help or feedback, he would be happy to do so. During the application process, I relied on Ed’s coaching and direction. We had several conversations where we bounced ideas back and forth and I was able to utilize him as a tool to make sure that I was highlighting my accomplishments in my career while in Wichita.”

And when asked to comment on Megan’s accomplishment in being selected as a member of this list, Solutions 21 coach, Ed Varhola, stated, “Over the past 15 months, it has been inspiring to see Megan expand her focus outside her role to consider the larger benefits of the organization, her team, and her customers. She has taken great strides in making sure that her efforts provide a benefit to those she interacts with. The focus on others is the type of leadership that will allow Megan to continue to grow and bring out the best in others. The committee has done a great job in selecting Megan.”

From all of us at Solutions 21: Congratulations, Megan!