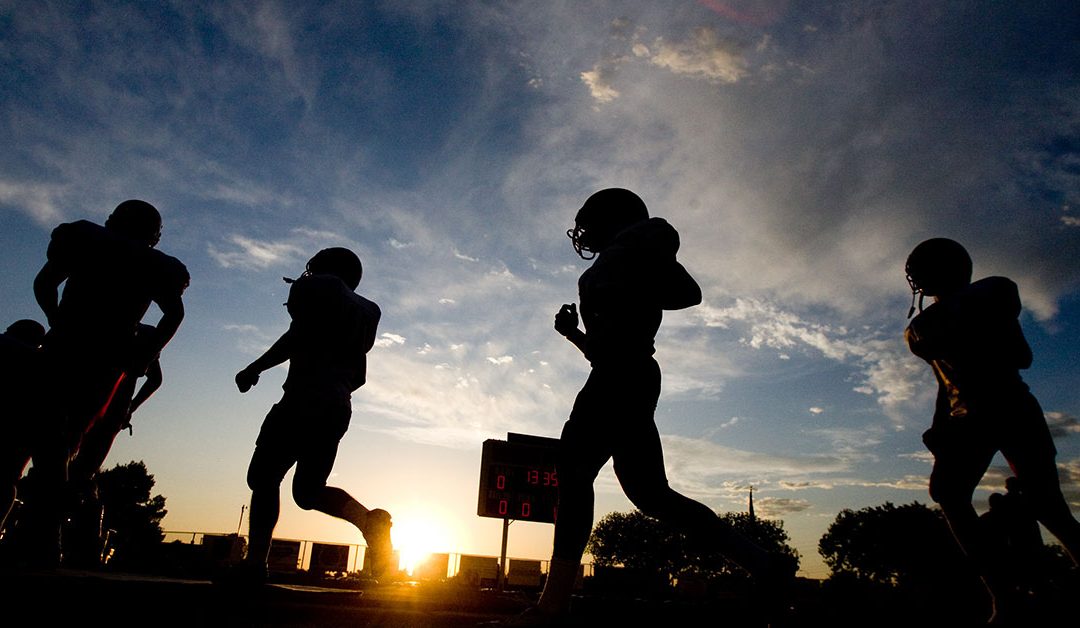 Throughout my life, because of athletics, I have encountered many people. Good people. Great people. People I still consider friends to this day. Along with teammates, competitors, trainers, doctors, and fans, an athlete has someone else they encounter on a day- to-day basis. That person is their coach.

I personally have a lot of stories. Some of them you have already heard about in past blogs. Many of them tell the story, one way or another, of my father, who was my high school head coach and greatest mentor. This one, however, is a little different.

This story tells the tale of Guy Rippole, aka Coach Rip. Coach Rip acquired his name in two ways. The first being that “Rip” was short for “Rippole” and the other because he could rip into you like a shark to its prey if you were not a tough, smart, and relentless player on his defense.

Coach Rip was my high school defensive coordinator for four years and my father’s closest assistant coach. My father hired him to his staff when he was in his second year as the head coach at West Allegheny High School and has told me many of times that it was the best decision he has ever made. While there are a lot of folks Coach Rip has impacted and a lot of stories to tell, I wanted to share a story of my own. A story of what I learned from this man.

As you know by now, my father was the head coach. My freshman year, I was the only player to start for him on both sides of the ball and at the most important position on the field: Quarterback. I am sure there were people in the stands questioning why my father was playing a freshman, let alone his son, at quarterback.

But with great responsibility comes great expectations. My father had to be hard on me. Very hard. And I understood that going in. This by no means was going to be a cakewalk. I, however, accepted the challenge and everything that came with it in order to earn playing time at my position and win a state championship for my school and, ultimately, for my father.

You see, football is a religion in Western Pennsylvania and the history is well documented. Winning a State Championship is the equivalent of the Super Bowl for high school football.

If you are a consistent reader of my blogs, you know that every moment on the field with my father wasn’t an occasion on which to reminisce. My father and I had our differences every now and then, and for good reason. But Coach Rip was my true north. He was someone who challenged me. Someone who brought out the best in me, especially in times where even I didn’t believe anything could go our way.

Over the course of our relationship, during my four years on the football field, he was the only one who could press that button and get me to do anything; sometimes things that I couldn’t even imagine. All because he believed in me! He saw something in me that, at the time, I didn’t see in myself. And from a coaching perspective, that is the only thing you can ask. He simply made me better.

The purpose of a coach is to ultimately see in you what you can’t see in yourself and make you better than you were when you started. This type of relationship isn’t entered into easily and without bumps in the road. Trust and respect has to be earned. And that takes time. There isn’t anything you can do to speed up that process.

My whole life I have been around coaches, both good and bad, but no one has had an impact on me like Coach Rip. I was fortunate enough to have someone in my life, outside of family, who could give me an unbiased and unemotional view on how I could improve. I was able to communicate with him differently. He could hold my feet to the fire unlike anyone before. And I’m sure any athlete can attest that a parent/child relationship can only take you so far in sports. Everyone needs that third party participant to tell it like it is.

In business I see this holding true as well. Instead of coaches, however, the workforce has bosses. There comes a point in time where direct reports would like responsibility. They want to prove that they can get it done. It is at this point where your “Coach Rip” comes in. Who is your unbiased, invested, unemotional set of eyes that can hold you accountable? Who can push you to achieve greatness? Who is your Coach Rip?

Coach Rip passed away over 10 years ago but his legacy lives on. He continues to push me. He continues to hold me accountable through his coaching. This man has drastically impacted my life and the way I approach competition on and off the field. I miss him dearly and will never forget him. Not only as a coach but also as a friend.