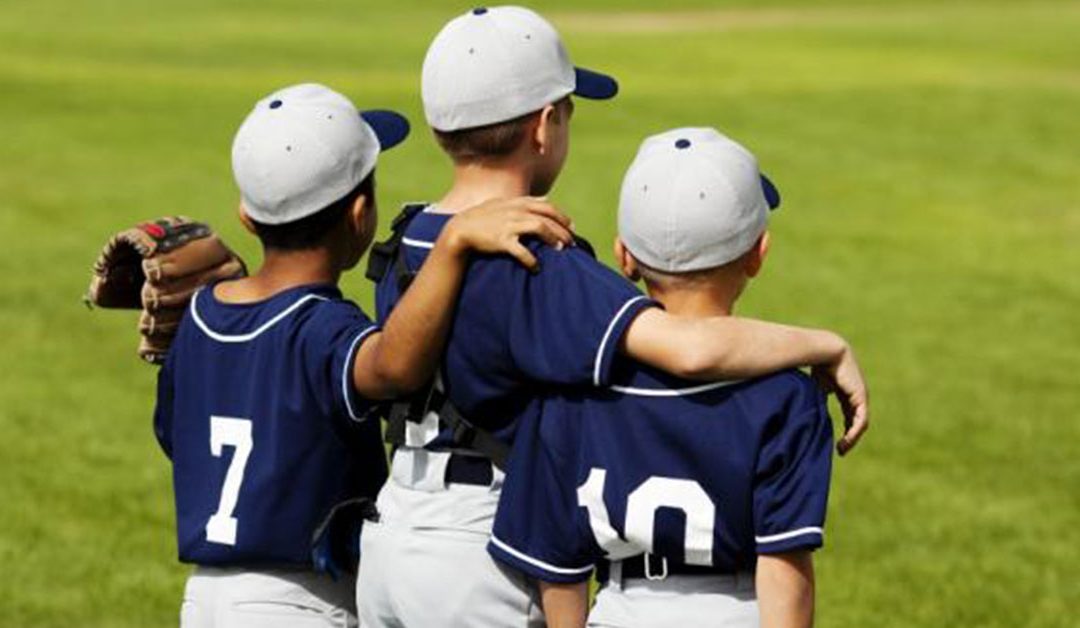 When I was younger and playing Little League baseball, there was one moment that undoubtedly set the stage for my athletic career. Looking back now, it was both a teaching tool and a confidence booster.

I am left-handed. And unlike many ambidextrous athletes in today’s sports world, my left hand was my prized possession. Being a lefty set me apart from my teammates, no matter the sport, and I embraced the challenges that came along with this unique ability. Playing Little League as a left-hander, though, presented some limitations.

As many sports enthusiasts know, shortstop is not a position for lefties. In Little League, however, if you are not pitching, the next impact position that every coach needs to fill is shortstop. I was a pretty good athlete, so naturally my coaches plugged me in to that position without hesitation.

As I quickly found out, being a left-handed shortstop didn’t come without its challenges but my athleticism at the time compensated for those shortcomings. I was in the middle of everything! I could cover a ton of ground and loved being close to the action. It was the perfect position for me!

There was one specific instance, though, that would change my outlook on sports and leadership forever.

During of one of the many games I played, I took my stance at shortstop as one of our opponent’s marched to the plate. He swung and cracked a high, fly ball to right field along the foul line. Quick to react, I put my head down and sprinted to right field. As I positioned my glove to catch the fly ball, I literally ran over my right fielder before making the catch.

The crowd roared! Fans were on their feet cheering and acknowledging the outstanding effort. “Wow! What a play!” My teammates ran over to me to slap me on the back and congratulate me for a job well done.

It wasn’t until the ride home with my father that I had a chance to dissect the game. Just as most parents do with their kids, my father and I talked extensively, recapping both the good and the bad of the game.

My father, who was (and still is) my greatest leadership mentor, acknowledged my catch. He explained that while it was a great play, the truth of the matter was that as a member of the team, I hadn’t done my job. I was out of position and what’s worse, I was not making my team better. It was at this point that I realized it wasn’t all about me. As a leader on this team, it was not my job to make other people’s plays for them. I had missed an opportunity to hold my teammate accountable for his role on our team, which is what the spirit of leadership is all about.

Even if my teammate in right field couldn’t catch the ball, it wasn’t my job takeover. It wasn’t my job to make the catch. As a leader of this team, it was my job to provide encouragement and support to help him do his job. Whether it meant shagging balls after practice or giving him a high-five in between innings, my role as the leader was not to play two positions at once. It was on the car ride home from the game with my father that yet another leadership lesson was instilled.

The reason why I am discussing this experience I had in Little League is because it was the first thing that came to mind when I left a recent meeting with a current leader of a business unit. This young man manages a group of ten direct reports and runs his own P&L. There is no doubt he is a future rockstar. But like we find in many organizations, he was promoted for his technical skills to lead a business unit without any intentional management or leadership development.

While he has been in charge of this business unit for four years, this young man is asking for help. He has expressed the desire to work on some of his weaknesses and learn how to manage his folks more effectively. He recognizes his own technical development, but when it comes to managing his unit, he acknowledges valuable time given to issues that shouldn’t involve him. He realizes this isn’t healthy for him and is aware that it is not sustainable.

Due to his frustration, he approached his company for some coaching. His company shot it down before he could finish the request. He was met with the rebuttal, “We provide you with coaching.”

We are talking about a business unit leader who is making money for his company, working his butt off, and has enough self-awareness to recognize that he is doing his team a disservice by his lack of leadership and workload. While leadership training isn’t something he necessarily has time to fit into his schedule, he recognizes that he was never intentionally taught how to manage or lead his employees and wants to improve.

Please tell me why getting some coaching that can only benefit this young man that is in charge of ten employees to become a better leader is such a unrealistic request? Why is it met with deaf ears and pushback?

If you are an executive, you want to believe that you are more than capable of doing everything yourself and micromanaging all of the processes of your company (just as I did in the outfield that day). The fact of the matter is that people can’t be scaled. You can’t micromanage and expect to yield the results you want. Great leaders know development is absolutely necessary. It is from this development that they learn how to effectively delegate, develop loyal followers, and mentor other great leaders.