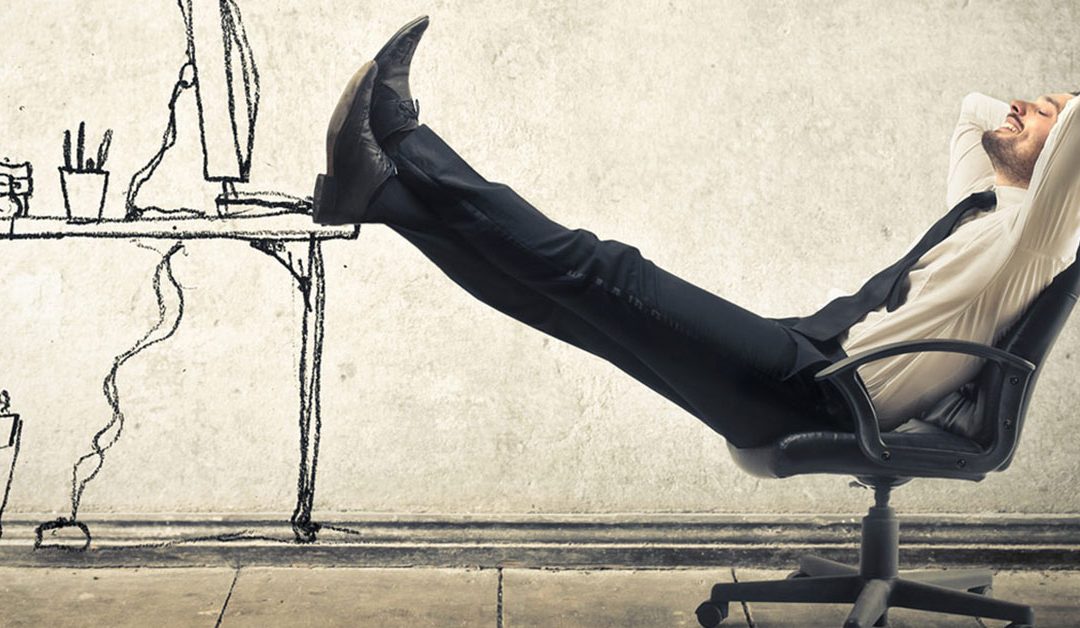 Being a parent has come full circle for me. For those families that have the luxury of having three generations close by, I’m willing to bet that most grandparents get a kick out of seeing their grandchildren doing the same things to their parents that were once done to them. You know? Things like not listening, the constant questioning, or the inability to sit still for more than five seconds. What’s the line? Payback’s a …

These are all things that I am personally experiencing with my three kids. Don’t get me wrong. It’s fun. And I wouldn’t change it for the world. Being a parent is, besides marrying my wife, the best thing that has ever happened to me. But I can’t help noticing the smirk on my parents’ faces every time one of the aforementioned examples takes place.

That example of the nonstop movement? My wife and I recently had to assemble and strategically place baby gates all over our house because our twin boys are moving around like mad men. Let me just say, I was opposed to these “boundaries” from the beginning because I didn’t want to “baby-proof” the house. My how things change. We literally have all these baby gates around our house and I have to be an Olympic hurdler just to brush my teeth in the morning.

After a few weeks of this ridiculous maneuvering around my obstacle course of a house, true to form, my wife came to the rescue and found gates that actually have a doorway. No more hurdling! This new gate situation proved to be extremely beneficial for my wife and me. Our four-year-old daughter, however, needed to be taught how to use this brilliant piece of mastery (I’m not even kidding. This is seriously how I feel about these gates!), otherwise she would be shouting for Mommy and Daddy every two minutes to get her toys. Being the “coach” in my family, I was tasked with teaching her how to use the gate. I am using this term “coach” very loosely in this situation. The fact of the matter is, my wife told me to show her, so I did!

As her eyes lit up at the possibilities of learning how to operate this new piece of equipment, I began to show her how it worked. Almost instantly, she confidently said, “Daddy, I know how to do it.” I let her try on her own. As I watched her struggle to figure it out, I said something to her that inspired this blog. “Are you done trying to be Johnny Know-It-All?” I couldn’t believe that phrase came out of my mouth! As soon as I said it, I had flashbacks of hearing my coach (who is also my father) saying it to me! Growing up with a coach as a father, I learned quickly that I wasn’t a Johnny Know-It-All, even though I oftentimes thought differently.

Having a father as a coach, I grew up in athletics. I was up early day after day, and with my brother tagging along, I would accompany my dad to the office where I would remain his shadow late into the evening as he was breaking down film. It was a part of me. A part that I loved. For whatever reason, I was drawn to competition. From an early age, I was driven to find success.

One of the best lessons I learned came from understanding that I wasn’t a Johnny Know-It-All. And that lesson is humility. I believe that deeply rooted in the noise of multi-million dollar contracts, endorsements, TV deals, and self-promotions are the core fundamentals of success. And one of them is humility.

Looking back now, it was in these moments that I was laying the foundation for the person I would become. When you’re older and have a chance to reflect, you find yourself recalling moments that have defined you as a person. You reminisce about these moments where you put in the extra work while your competition was sleeping and you knew that at some point it was going to payoff. I call this feeling “the edge.” It’s this powerful feeling of motivation. A feeling that, if used correctly, will be a competitive advantage in every aspect of your life.

Somewhere along the way, however, we tend to lose sight of our edge. We get distracted. We work so hard to attain the position we have achieved that we forget that our mind was once focused on strengthening our edge. Now that we have reached whatever we consider to be our pinnacle, we think we have arrived and know everything, which is a scary place to operate as a leader. Not so fast, Johnny Know-It-All! Once you have lost your edge and become complacent, you stop working harder than those people who you’ve “outworked” for so long. Believe me, those people in your rearview, the ones you thought you left in the dust, they’re coming for you. Keep up the complacency and not only will they will catch up with you, they’ll knock you off the mountaintop.

As my high school football coach and father told me almost twenty years ago, “The minute you think you have all the answers and have arrived, quit because you have lost your edge. And the minute that happens, you are of no use to yourself or your team!”

Don’t be a Johnny Know-It-All. Continue to develop your edge. And for crying out loud, don’t get complacent! There is always someone coming for your spot.