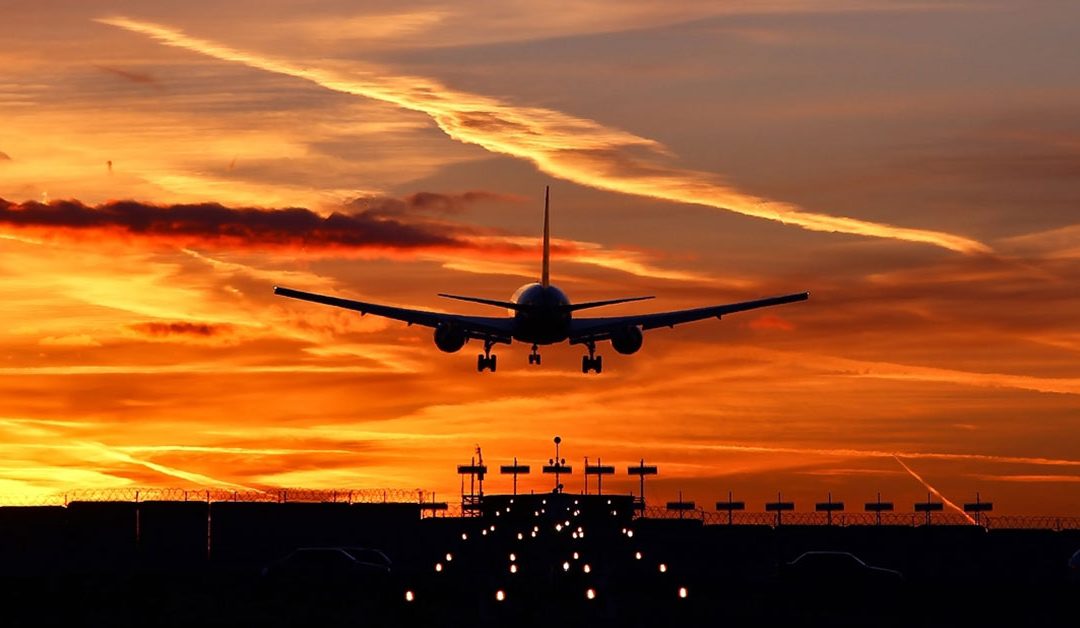 I recently had to take a business trip and decided to take my family — my wife Tricia, our three-year-old daughter, Aubree, and our five-month-old twin boys, Kaiden and Kasen — to the west coast to visit some family while I had a work obligation. Those of you that have traveled understand the challenges that come with traveling solo. Doing so with three children under the age of three, on the other hand, can be a nightmare.

While I was closing up my laptop in preparation to land, the flight attendant told my wife and I what a wonderful job we did throughout the duration of the trip. I didn’t think twice about the compliment, but then this sense of accomplishment and clarity overcame me. As I had 20 minutes to reflect on what actually happened during the flight, I began to think (actually write), “Wow, how did I get all that work done in 3 hours while on a plane?”

I was flying across the country with a child in my lap communicating in real-time (thank you Wi-Fi) to my marketing coordinator about important decisions that needed to be made NOW on an upcoming event. I was simultaneously updating my boss on some adjustments to the presentation we were scheduled to give the next morning to a client. This was occurring while communicating in-person with my wife, who was nursing our twins and answering the age old question for any child traveling — “Are we there yet?” — to my daughter. Now, this may seem elementary to some folks, and others may be saying, “Who cares? Want a cookie?” The point is — twenty-five years ago, this wouldn’t be acceptable, let alone possible.

Twenty-five years ago, working on a plane during business travel was not in real-time. If work was being done, it probably included an annoyingly large stack of papers that was jammed in your briefcase or in your carryon, which you had to get up and access every couple minutes. If we are being really honest with ourselves, those “work” documents we were supposed to be reviewing or the PowerPoint we were editing became less important as the beverage cart came by. We probably had a couple drinks and justified it by saying that we needed this time to relax or just shut down. I am not judging anyone — I am simply making the point that once you stepped on that flight you were shut off from the outside world the entire length of the flight.

Let me first say that I was raised by a hard-core baby boomer football coach. Believe me, I’ve heard it all and still think there is value in quick, one-liners like “walk it off” and “keep your nose to the grindstone” (if you explain them). There are those of us Millennials out there that are “throwbacks,” as the Baby Boomers like to call it. The ones who know when to keep their mouth shut, work hard, and want to earn their way in this world. Believe me, there are more of us out there with this attitude than you may think. I know because I talk to them every day. I know because I am one of them. I whole-heartedly consider myself a throwback. I pride myself in my work ethic and my toughness. Hell, I’m probably one of the only Millennials that doesn’t have Facebook. But for those of you Baby Boomers/Gen Xers who think that we can continue to operate under the same premise of, “Well, this is how I had to do it,” you couldn’t be more mistaken. This philosophy is just not a sufficient answer if you want to survive in today’s marketplace. We need rules that match the times.

I am not claiming that I know it all but I want you to think about this: I was 30k feet in the air, 3,000 miles away from my desk, and I literally accomplished the same tasks I would have if I were sitting at my desk. All the while bouncing my son on my lap. We don’t live in the same times we used to. One of the challenges of this new century (and new technology) is that there isn’t a precedent. Existing leaders don’t really have anything to base this on because for the majority of their working lives they couldn’t do what I just did. The key is knowing how to lead through these changing times. How do you get a young worker engaged enough to get this done?

I absolutely love what I do. I am engaged in my work. Yes, it’s difficult at times, but what the hell isn’t. My boss has set clear expectations for me. He’s provided me with a coach and gives me real-time feedback that is relevant to doing my job well.

To me, it’s simple. If you are an existing boss, is the goal to ultimately shape successful leaders in a company, division, or team? If it is, then why are we trying to compare how we did it twenty-five years ago? Square pegs don’t fit in round holes.

Yes. There are lazy, spoiled and entitled people out there regardless of age. The key is to not hire them. Hire the ones that fit your culture and are willing to be developed. And please, stop the bias behavior. There are a lot of good, young, talented people out there that are dying to be led and developed. The question is — are you the type of leader that they’ll want to learn from and follow?

We are about to land and I have to go change a diaper!

Interested in learning more on this subject matter? Click here to check out more information on the 2015 Leadership Summit presented by Solutions 21 and register to attend our event!